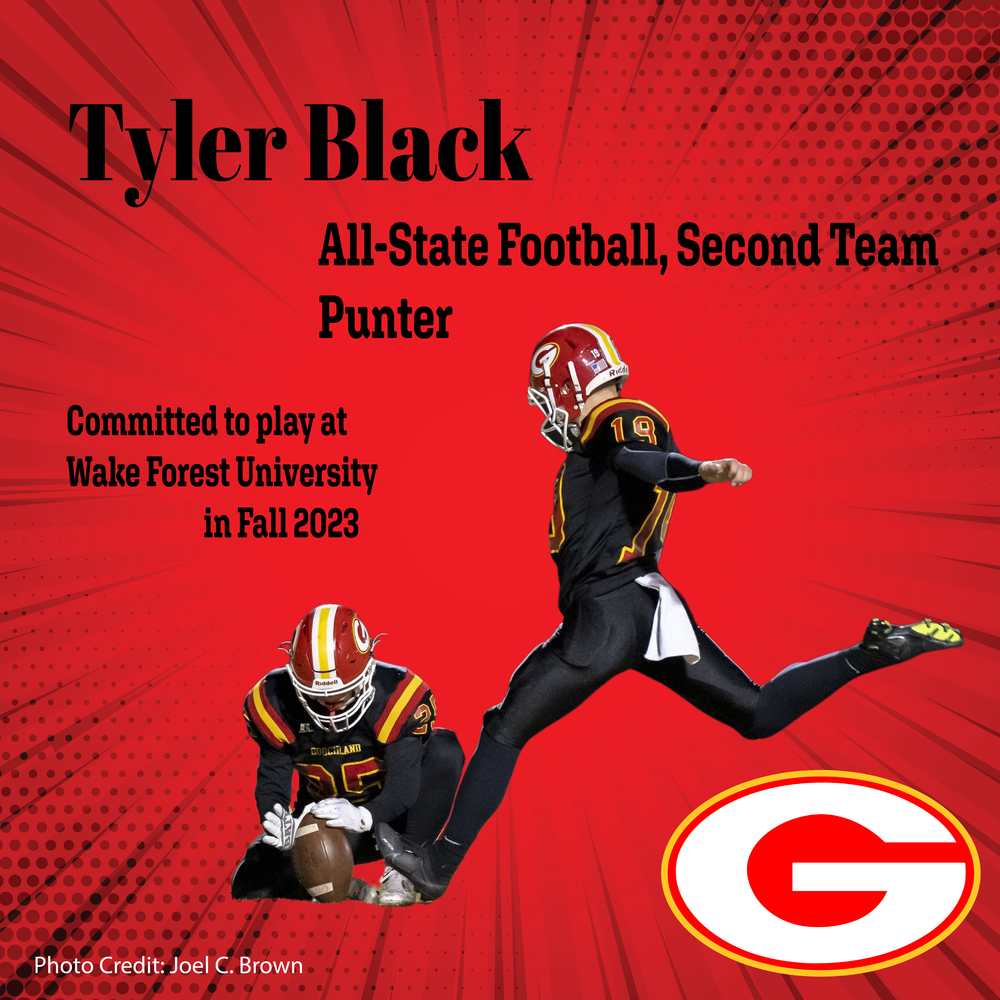 Tyler Black, a kicker and punter for GHS, was recently named a member of the VHSL Class 3A All-State Second Team as a punter.

Black signed his National Letter of Intent to play for Wake Forest University in December. He is ranked 19th in the nation by Kohl's Professional Football Camps and is a 5-star kicker and a 4.5-star punter. “Earning All-State honors is based on your performance on the field,” GHS Football Coach Alex Fruth said. “Tyler showed throughout this season and his career that he was deserving of this honor as he had one clutch kick after another.”