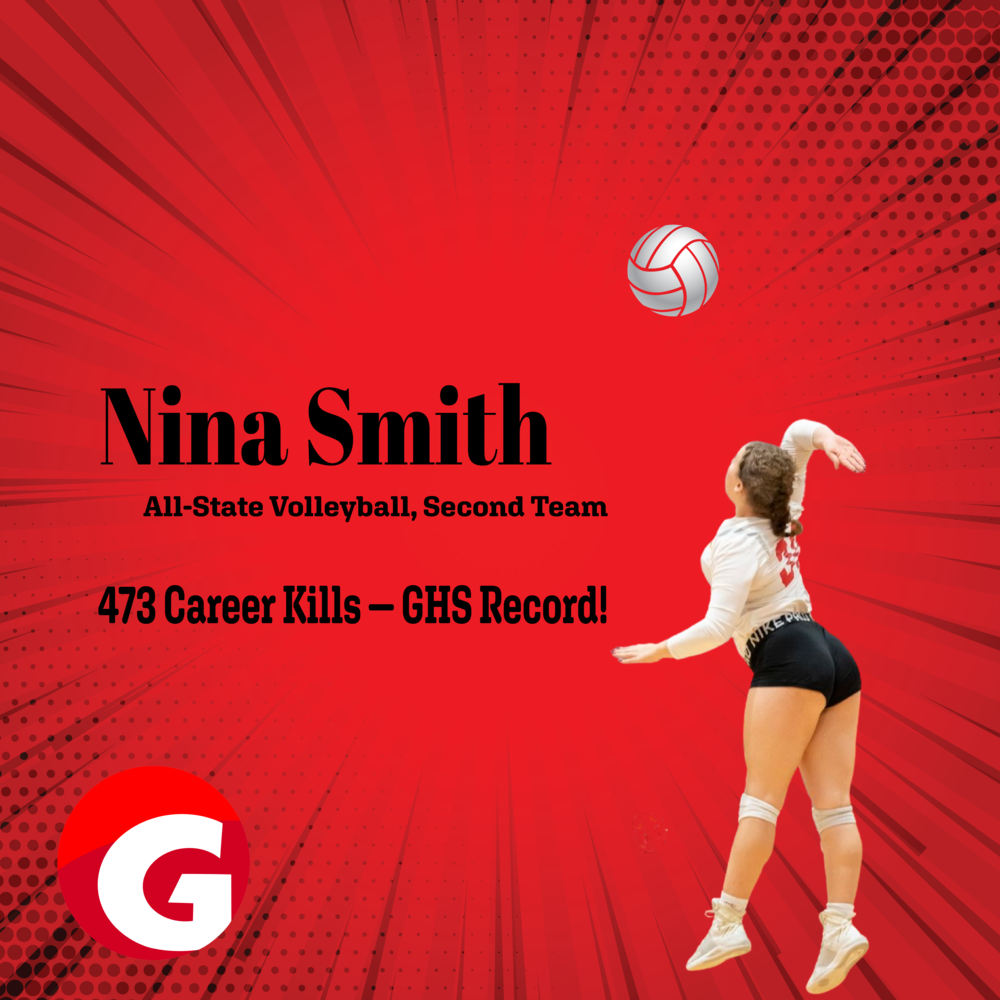 Goochland High School Senior Nina Smith’s stellar play has earned her recognition as a
member of the Second-Team, All-State Volleyball for 3A schools.

Smith has been a part of the varsity team for four years, started every year that she has been on the team, and her stats have always been impressive. Averaging over 100 kills per season, Smith broke the team record with 473 kills in her career. “She most likely would've had 500 had it not been for the 2020 season being shortened,” Coach Rachel Jacobsen said.

Smith is second for most blocks in a career with 82.5, with 68 of those being solo blocks. “Nina is a true force to be reckoned with on the court,” Jacobsen said. “In her time at GHS, she earned All-Region Honors three times, All-District Honors twice, and All-State Honors twice, making it clear that others see her presence on the court as clearly as we do,” Coach Jacobsen said.

“As impressive as her numbers are, her true value shows through in her character,” she said. “Nina is a leader on and off the court, showing her teammates how to work through tough situations with grace. Her excitement when playing, her work ethic during practice, and her dedication to teaching others how to move on from mistakes is a legacy that will continue for years to come.

“In her 4 years with our program, she has truly set the standard for excellence that others will be able to follow. We are so proud of her and are so thankful for all of the hard work she has put in,” Jacobsen said.