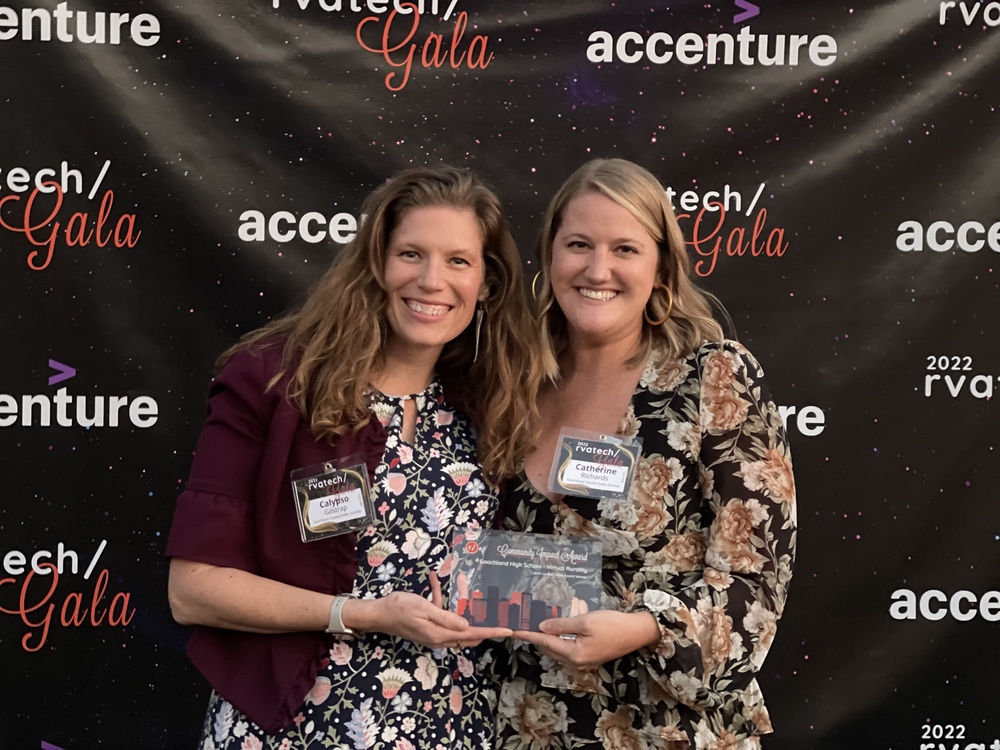 Goochland High School offers two classes of 3D Animation and Virtual Reality, where 47 students learn to program educational experiences for VR. Over the past three years, this course showed the promise of using VR in education to solve the problem of providing students with real-world skills. To ensure equitable experiences and maximize the potential of all Goochland students, GCPS began integrating VR tools into more classrooms. Since February of 2022, in collaboration with the Goochland Education Foundation, GCPS has integrated over 30 VR devices into secondary classrooms for problem-based learning and experiences to engage learners in deep learning.

A few examples of using VR to support student learning include:

Over 96 percent of Goochland High School teachers were involved in at least one cross-curricular learning experience during the 2021-22 school year, many of which included VR as part of the unit. The devices are also available in the high school learning commons for students to utilize during their free time. During this self-choice time, a diverse group of students has spent time mastering the devices, experimenting with creation, and encouraging teachers to utilize them in lessons.

In addition to Gilstrap and Richards, several other GCPS teachers and community partners played significant roles in the development and support of the division’s VR efforts:

·       Cyndy Brown and the Goochland Education Foundation funded the expansion of the VR program.

·      Bruce Watson supported the development and continuation of VR and the expansion into more GHS classrooms.

·      Matt Caratachea supported the integration of virtual reality into instructional practices and expansion into the Learning Commons.

·      Bruce (Doc) Davies is a community partner who has helped with grant writing and consulting for the VR program.